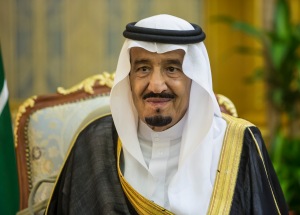 Through a number of swift and shrewd decrees his successor, King Salman, has ensured the continued stability of the Kingdom and ended-for now-any discussion regarding the transition of power from the first to the second generation, by appointing the interior minister Muhammad Bin Nayef as the Deputy Crown Prince. This means that Crown Prince Muqrin bin AbdelAziz will be the last King from the first generation.

King Salman’s decrees did however expose some degree of credibility to rumours of the extreme factionalism that had developed as King Abdullah’s health declined. King Salman’s decision to immediately dismiss Khaled Al-Twijri, the Head of the Royal Court who at one point was described by foreign diplomats as the de facto power behind the King, confirmed the deep rooted anger amongst many in Al Saud. Khaled Al-Twijri was believed to have been at odds for years with a number of senior members of Al Saud, including King Salman himself, with rumours of him attempting to secure the future of King Abdullah’s son and head of the Saudi National Guard, Mitab bin Abdullah, by providing a platform for him to become King. These rumours were exacerbated by a number of appointments including Mishaal bin Abdullah as governor of Makkah in place of Khaled al-Faisel who had become synonymous with the position; AbdelAziz bin Abdullah as deputy foreign minister as Saud al-Faisel’s health was rumoured to be ailing; and Turki bin AbdelAziz as governor of the capital, Riyadh.

To understand how King Salman’s decree to remove Khaled al-Twijri is symbolic of enacting a final blow to his influence, it is worth noting how King Abdullah, upon becoming King, dealt with his predecessor’s head of the Royal Court, AbdelAziz bin Fahd. King Abdullah left AbdelAziz bin Fahd in his position as head of the royal court despite giving all the responsibilities of the position to Khaled Al-Twijri. There was no hurry on his part to remove AbdelAziz bin Fahd who continued for some time in the position. To remove Al-Twijri within 24 hours is highly unusual and should be described more as an ‘ousting’ rather than a mere dismissal.

As for Mitab bin Abdullah, he remains Head of the National Guard which was set up by his late father. This is not to suggest that he may turn this authority on the King. On the contrary; Al Saud have demonstrated over the years an uncanny ability to put the family interest above all else. Controversies and family feuds have surfaced in the past, notably with Bandar bin Sultan. However, Bandar’s antics did not break relations between King Abdullah and then Crown Prince Sultan bin AbdelAziz (Bandar’s father). Furthermore, King Abdullah’s sons who were appointed governors have not yet been replaced. This suggests that the anger of senior members of Al Saud that developed under King Abdullah’s reign has been targeted directly at Al-Twijri and no further steps will be taken.

The appointment of interior minister Muhammad bin Nayef as the deputy Crown Prince means that he will be the first king from the second generation. Muhammad bin Nayef has proven over the years to be an astute politician and a very capable interior minister, earning international praise for his initiatives. His track record testifies that this is more than just nepotism.

In these two decrees, King Salman has succeeded in establishing stability, ensuring a smooth transition, and secured the future of the Al Saud dynasty.

It is worth mentioning one more appointment; that of Muhammad bin Salman, King Salman’s son, as Head of the Royal Court and Defence Minister. These appointments reflect a meteoric rise for the prince and he now finds himself in two of the most powerful positions in the Kingdom. The only position equivalent in power and status to these is Muhammad bin Nayef’s interior ministry.

King Salman inherits a Kingdom very different from that which King Abdullah inherited. Iran is now a genuine and serious threat to Saudi Arabia with a sphere of influence including Lebanon, Syria, Iraq, and, following Houthi’s coup, Yemen. The falling oil prices, although politically beneficial for Saudi Arabia in its bid to remain the most influential power in the world of oil, threatens to disgruntle the other Gulf nations, OPEC, and the international community. This in turn may damage Saudi Arabia’s influence over these nations. ISIL remains an ideological thorn as the Kingdom looks to stem the number of Saudi fighters joining the group.

Regarding this latter point, it is worth mentioning that whilst the religious leaders were gradually alienated under King Abdullah, King Salman, as Crown Prince, spent much time with them and is believed to be heavily supported by the religious institution. Whereas King Abdullah was perceived to be a more liberal King, King Salman is believed to be more conservative. Should this be the case, his support for the religious authority may indeed encourage the Saudi scholars to provide the ideological front needed to stem the pro-ISIL tide.

Whilst many raise questions regarding King Salman’s health, those who have contact with him testify that he maintains a sharp mind and shows no signs of the illnesses he is believed to have. If this is indeed the case, then many anticipate that the new King will provide the strong and stable leadership that the Kingdom needs in these very difficult times.

Do not forget to subscribe to our weekly briefing.